We're very proud to have been named Best Agents for Egypt in the CNBC Arabian Property Awards for two years running, in 2006 and 2007. We’re equally proud that our website won the Best Estate Agency Website award in 2008.

We are absolutely thrilled to have won this award

Companies across the entire Arabian property market were invited to submit entries for the annual CNBC Property Awards, in association with HSBC and supported by eleven separate professional bodies.

Winners were revealed at a gala presentation dinner held at the Madinat Jumeirah resort in Dubai. The turnout was tremendous, with over 400 guests representing no less than 13 different countries across Arabia.

City & Urban International won a four star award for Best Real Estate Agency Website for Egypt. Managing Director Sajjad Aslam said of their success "We are absolutely thrilled to have won this award which reflects the hard work we put in over an entire year to create and launch our new website. We’ve just gone live with the new website, and to have won an award for it is fantastic."

The Arabian Property Awards are part of the International Property Awards, which have been running for fourteen years. Thanks to their consistent growth in size and reputation, entries were received this year from 96 countries. Successful gala dinners have been held in Asia, the UK, Europe, the USA and the Middle East to celebrate awards specific to these regions. 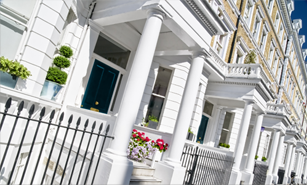